The last thing a creditor would want, after spending significant time and money in suing a debtor, is a “paper judgment” worth no more than the paper it is printed on. The term is often used to describe a judgment that cannot be enforced in any practical way.

Steps should be taken prior to commencing an action to determine whether a debtor may be “judgment-proof.” A judgment may be unenforceable because the debtor has no assets to pay the judgment or has hidden or encumbered assets so that they cannot easily be found, let alone seized. Does the defendant own any assets of value? Are the assets outside of Ontario or otherwise hidden in other jurisdictions? Is the defendant bankrupt, or on the verge of bankruptcy?

One of the reasons that these issues should be considered at the beginning of the litigation process is because judgments are not self-enforcing. A creditor will not be automatically paid after obtaining judgment. Three of the most common methods available to enforce judgments will be discussed.

Writ of seizure and sale
A judgment creditor may file a writ of seizure and sale (also known as a “writ of execution”) with the sheriff of the district where the debtor has assets. There is no centralized file of all writs in the province, which means that writs of execution will need to be filed in more than one district, one in each district where the debtor is believed to have assets. Writs of execution are enforceable for six years and must be renewed thereafter.

There are two main ways that a writ of execution may assist a creditor in getting money. First, the creditor may direct the sheriff to seize and sell real and personal property of the debtor, if the asset can be identified with sufficient particularity, subject to certain exceptions. The net proceeds would be distributed rateably among all judgment creditors who have filed writs in that district. However, some assets of the debtor are exempt from seizure. Second, third parties who conduct business with the debtor often search executions to assure themselves that the debtor has good credit, and if they find that a writ of execution is outstanding, the debtor may be pressured to pay off the execution creditor. For example, third parties who purchase real property from the debtor may not wish to proceed with the transaction unless the debtor pays off the execution.

Examination in aid of execution
An examination in aid of execution (also known as a “judgment debtor examination”) is an investigative tool that allows a creditor to find out the extent, nature, and location of the debtor’s assets, as well as potential future income, which may be available to satisfy the judgment. A creditor is permitted to ask about the debtor’s assets, liabilities, obligations, income, employment information, banking information, income sources, debts owed by others, etc. With that information, the creditor can then use other enforcement tools to seize those assets.

A creditor is entitled to ask about assets that the debtor has disposed of, either before or after the judgment was rendered. If the debtor has transferred assets with the intent of defrauding creditors, the creditor may attack the transfer as a fraudulent conveyance under the Fraudulent Conveyances Act. The court will consider the intentions of the debtor and others involved in the transfer, and consider “badges of fraud” that lead to an inference that the transaction is tainted, including: the debtor disposed nearly all assets shortly before the execution of a judgment, the price paid for the asset is below market value, and the asset was transferred to a close relative or friend.

A successful fraudulent conveyance claim may result in a court order that sets the transaction aside, vesting title in the debtor again, allowing the creditor to seize the asset in satisfaction of its judgment. While this procedure is available to protect creditors, the process can be expensive and time consuming.

Enforcement methods will only be effective if the debtor has assets that can be found and seized. Enforcement efforts will be more expensive and difficult if the creditor is purposely hiding assets and keeping them out of reach from execution. Finally, it is important to consider the amount of the judgment in deciding whether it is worth spending the time and money to enforce. Are you going to be throwing good money after bad? These are questions litigants should consider early on in the litigation process.

Angela Kwok is a lawyer at Lawrences in Brampton, Ont. 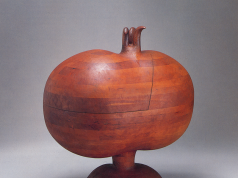