Seeing history through a window 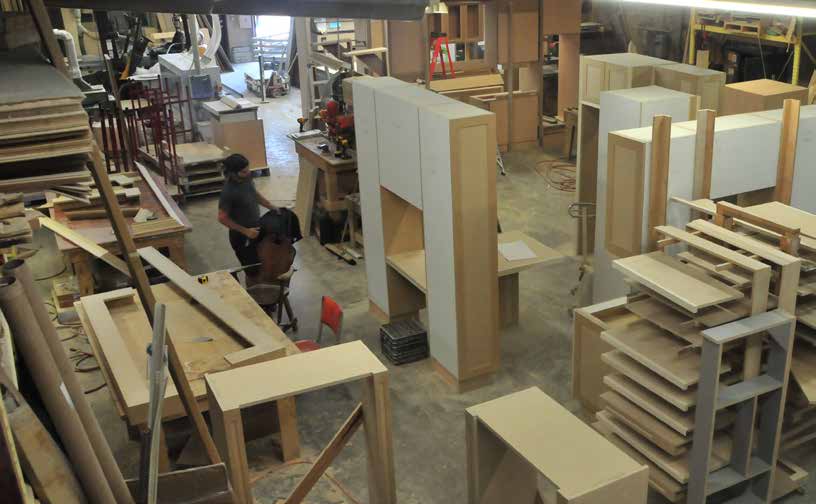 Every once in a while Brent Colclough gets sentimental, and, when he looks down at the shop floor through the window of his upstairs office, he sees his child self standing over a belt sander — the same one that still stands, though now disused, pretty much where it always has.

“I was riding my bicycle around here when they poured the concrete. I was four,” he says. “I started out on a sander when I was eight years old, sanding paint sticks and stuff like that.”

By the time he graduated from Markham District High School in Markham, Ont., Colclough already had a decade of experience in the industry. “It was something that was always in my blood,” he says. “I could feel it was there.”

Both Colclough and his father William discovered their passion for wood craftsmanship early. “He brought out this old report card from grade six…his teacher wrote down, ‘very knowledgeable in woodworking.’ It’s just very funny that it goes back that far.”

But the elder Colclough never had an opportunity to further his schooling, or pursue woodworking, until he immigrated to Canada. As a child in Birmingham during World War Two, he was among the hundreds of thousands of school-age children evacuated to the countryside during the Blitz, which lasted from August 1940 to April 1943. In childhood he was sent to work on a farm; as a young adult, he was sent to fight in the Korean War. At 25, he and his new bride Margaret left troubling memories of their homeland behind in 1957.

“My parents saved up all their money for five years before they got married, hugged and kissed everyone good-bye, and came to Canada for their honeymoon,” says Colclough.

“Well actually they went to New York on their way to California, but they couldn’t get green cards, so they came to Canada,” Colclough clarifies with a chuckle.

The Colcloughs settled first in St. Catharines, Ont., then Toronto, and finally ended up in what was then just a small country town north of Toronto — Markham, Ont. After working for a decade in other jobs but always dabbling in woodworking, Colclough’s father opened his own business — Quality Carpentry and Woodwork — in an industrial complex with a neighbour who became his business partner, in 1971. The business name changed to Colclough Custom Woodworking in 1980, but the shop has been in the same building for more than four decades. They’re still renting from the same landlord.

The younger Colclough joined the family business when he was 21, after studying architecture at George Brown College and working almost two years at Parkin Architects in downtown Toronto. The firm is a leading institutional architecture firm, and, although “drawing and design is a big thing in our family,” Colclough says, he decided architecture wasn’t for him.

“We were doing mostly hospitals, and it takes six or seven years to draw a hospital. I wanted something a little quicker. My feet were just going to sleep,” Colclough says.

So he announced to his parents that he wanted to join the family business. He says they were “leery” because parents always want more for their children than they had. But Colclough knew where his real passion was. “I came here and I never left,” he says.

Colclough and his father were partners for more than a decade. They bounced ideas off each other; they sketched them out together. Colclough moved the shop to AutoCAD for design; he convinced his father of the benefits of bringing in components such as mouldings instead of spending hours making them from stock.

Colclough has seen a lot of changes over the last four decades. “My dad had 55 people in here, in five shops. They did primarily commercial and store fixture work, but two or three of them did custom cabinetry. Free trade cut the number in half, and the recession (of the late 1980s and early 1990s) cut that number in half again. By 1993, we were down to two people,” he remembers.

The industrial demographics changed as well. Back in the day, Colclough says, there were other cabinetry businesses in the building and in the neighbourhood. Nowadays, almost all the other business units at 20 Heritage Road are automotive repair shops.

Colclough saw that low point of the early 1990s as an opportunity. He built the business back up to a custom cabinet shop. It is still a small operation, but Colclough likes the business that way. “There’ll always be a place for small shops,” he believes.

Today, Colclough runs the 4,000-square-foot shop with four cabinet makers — two of whom have been with him a combined total of 28 years. They started in the shop as Conestoga College co-op students “and asked to stay on because of all the versatile things we did,” says Colclough.

He doesn’t like the fact that at the end of August, Canadian economists officially used the word “recession.” “It scares me to death,” he admits. “I’ve been through two recessions and they’re hard to get out of.”

There are usually four or five jobs in production on the shop floor and another 20 or 30 in the drawing stages. After speaking with Wood Industry the day we visited, Colclough was off to a meeting in downtown Toronto with a builder who has been courting him.

The business keeps Colclough hopping. He’s the salesman and client contact; he’s the project designer; he’s the bookkeeper (in Quick Books; his mother did the books manually for 40 years); he’s an installer. Colclough wouldn’t have it any other way, really. But it can be stressful. His cure for that is judo.

He took it up late, at 32, joining Sheffield Judo, a local club in Stouffville, Ont. — about 25 minutes north of Markham, and where Colclough and his family have lived since 1993. “I started it with my oldest daughter Victoria, and it’s been a complete outlet for me,” says Colclough, now 47.

Both of Colclough’s daughters eventually got out of the sport. But Colclough still goes to the club “about two to four times a week,” and still competes. In fact, this year in Montreal he earned a bronze medal at the Canadian Judo Championships. Colclough is a champion third-degree black belt.

He also likes to walk his Great Dane and spend summer weekends at the family’s trailer deep in an isolated part of the Haliburton Forest. He wishes he could force himself to turn off his cell phone and not check emails when he’s away on vacation. “In the past year especially, I’ve found staying connected really hard to do,” he says. “It’s something I wish I didn’t have to do.” Colclough says it’s hard because he still remembers those summer family vacations away from the business in the time before cell phones, iPads and email.

He’s still working on building revenues to a more personally satisfying level; he still hopes to fulfill his father’s dream of building his own premises instead of renting. But Colclough considers himself successful. He has been married to his high-school sweetheart, Christina, for 22 years; and he’s proud of what he has accomplished with the family business.

“I look out [the office window] and I see a lot of history,” he says. “I’m pretty proud of taking over my family business and seeing it change, and seeing what we do today.” 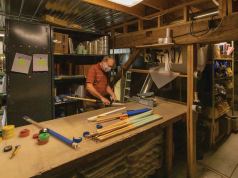 Listen to the Market 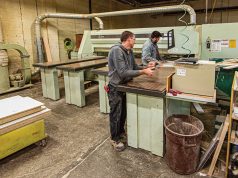 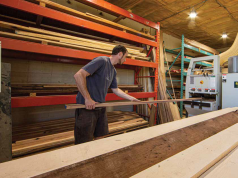