Duties and liabilities of directors and officers

It is a common misconception that if you are a director or officer of a private corporation you cannot be held personally liable for acting as such; after all, a corporation was incorporated to run your business to avoid personal liability. However, directors and officers of a corporation can be held personally liable should they breach certain duties. This article highlights some of the more common duties and liabilities of directors and officers of a private corporation with the help of a fact scenario that, while fictitious, is not uncommon.

XYZ Corp. operates a tool and die shop in Ontario. Joe and Mike are the only directors, officers and owners of XYZ Corp. There is no unanimous shareholders’ agreement in place. There are 10 employees working for XYZ Corp. While XYZ Corp has been in operation for many years, it has not done well in the last few years, and has been operating at a substantial loss. The equipment and machinery is old and obsolete and worth pennies on the dollar if sold. XYZ Corp. was forced to close its doors three months ago.

Joe recently received two letters addressed to XYZ Corp., Mike and Joe personally: one letter from the Canada Revenue Agency claiming a large amount is due and owing by XYZ Corp. for unremitted source withholdings and HST; and another letter from a lawyer representing XYZ’s former employees, claiming a large amount of money is due to them from XYZ Corp. for unpaid wages and vacation pay. Mike sends Joe an email saying, “don’t worry, there is nothing they can do to us personally.”

Further, Joe recently discovered that Mike was one of three directors and had a substantial ownership interest in a business competing with XYZ Corp. while it was still operational, and during that time Mike had been secretly contacting some of XYZ Corp.’s clients and directing opportunities that belonged to XYZ Corp. to that competing business. In fact, Mike signed the resolution of the directors approving the decision of XYZ Corp. to enter into a contract with that other corporation. Joe seeks legal advice.

Joe, like many, will be surprised to find out that he can, indeed, be held personally liable for certain amounts owing by XYZ Corp. He also finds out that Mike may be liable to XYZ Corp.

EMPLOYMENT RELATED DUTIES AND LIABILITIES. In Ontario, under the Ontario’s Business Corporations Act (OBCA) and the Employment Standards Act, 2000, directors are, jointly and severally, liable for up to six months’ wages for services performed by the employees while they were directors and for vacation pay. “Jointly and severally” means that all directors are equally (i.e. “jointly”) responsible, but, notwithstanding, any director on his or her own (i.e.“severally”) can be responsible to pay the entire sum owing.

ENVIRONMENTAL DUTIES AND LIABILITIES. In Ontario, a director and officer who does not take reasonable care to prevent the corporation from discharging or permitting the discharge of a contaminant into the environment can be held liable for a breach of various environmental protection statutes, and is subject to pay a fine and/or imprisonment or both. Turning to our fictitious fact pattern above, XYZ Corp. would be liable for any unremitted source withholdings and HST due to the CRA, and, also, for any unpaid wages for six months’ and vacation pay owing to its former employees. Since XYZ Corp. is not operational and has no real assets of any value left with which to satisfy these claims, Joe and Mike can be held, jointly and severally, liable to pay such amounts owing by XYZ Corp.

A director can be held personally liable for a breach of these duties. For example, it would be considered a breach of a director’s fiduciary duty if a director diverts onto themselves an opportunity that belongs to the corporation. Turning to our fictitious example above, by secretly contacting XYZ Corp.’s clients and directing their business to a competing corporation, Mike, as a director of XYZ Corp., was clearly not acting in the best interests of XYZ Corp. and, therefore, breached his fiduciary duty by taking a corporate opportunity away from XYZ Corp. Moreover, Mike was in a “conflict of interest” when XYZ Corp. entered into a contract with the competing corporation that Mike was a director and shareholder of. Under section 132(1) of the OBCA, Mike was under a duty to disclose this “conflict of interest” and not to vote on the resolution approving of XYZ. Corp.’s decision to enter into the contract with this competing business.

As a result of Mike’s breach of his statutory duties, he may be held personally liable for breaching his fiduciary duty relating to the divestiture of a corporate opportunity and, also, for failing to disclose his conflict of interest. Consequently, Mike may be held to account personally for any profits obtained by reason of these breaches. XYZ Corp. and Joe may sue Mike to recover such amounts. 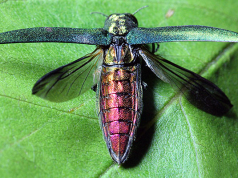 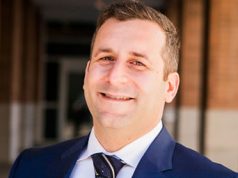