This year’s survey garnered over 220 replies. Thanks, again, to all respondents. A top point of interest to me, as noted in this issue’s “From the editor,” was that 99 percent of you said you value original content. That is significant, and should be a lesson to ALL media, especially social media, in which stealing ideas to prove you have none is actually accepted.

Demographically, 48 percent of you are owners, with another 19 percent administrative, 16 percent production managers and 13 percent in sales. Over 40 percent work in shops with 5 – 24 employees, and 29 percent have 1 – 4. This means 70 percent of our audience works in shops of fewer than 25 employees.

On purchasing, 60 percent of you buy from a distributor rather than direct from the manufacturer, and the top two reasons for buying are product availability (48 percent) and price (27 percent).

Nearly 65 percent of you say you do not look outside Canada for trade shows because local events serve your needs.

Nearly 60 percent of you said the secondary industry is on a growth trend, but 20 percent of the potential respondents skipped the question, which ruins the margin-of-error calculation. Our bad. We should have included “don’t know” as a choice.

Importantly, 96 percent of you said you trust Wood Industry. At that level, the remaining four (4) are either deviants or perversions, as described in the “Editor’s Comments.” In this level of a global media credibility crisis in the free world, this is pure gold. It means we continue to do the hard work and you know it. We don’t use these surveys for sales purposes, but we feel it is important that suppliers, especially four percent of them, see what you said. I would speculate that we have earned this level of approval directly
because we have stood up for our readers’ interests, even when it meant outright war. Maybe somebody else out there should survey that.

If I sound irked, I intend to. Unlike social media, my name, my address, my phone and my email address are published on the masthead. Credibility in information is crucial. Lack of it is fatal. For freedom, for education, for society and for industry. That we should even need to say it is a tragedy. 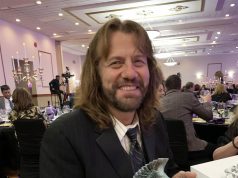 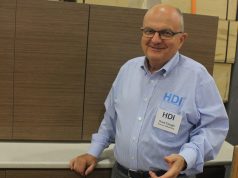