The July 7, 2014 decision of the Ontario Superior Court of Justice, Miller v. ABM Canada Inc., 2014 ONSC 4062 (CanLII), provides a reminder for employers that termination clauses in employment contracts will be strictly construed by the courts. Because such clauses represent an agreement to contract out of an employee’s right to reasonable notice, courts will thoroughly review them to ensure compliance with the legal standards necessary for enforceability. Any ambiguity will be construed against the employer and, as ABM Canada makes clear, any deviation from the expected legal standards will render the entire clause void and unenforceable.

Mr. Miller was hired by ABM Canada as its director of finance and business process improvement in September 2009. His responsibilities included overseeing “the management of all leases, contracts and other financial commitments” and the monitoring of legislation relevant to employment standards. Miller was qualified for the position on the basis of his education and past work experience, which had included not only finance and accounting responsibilities, but also duties relating to human resources.

Among other things, the employment contract provided for an annual salary of $135,000, a car allowance of $680 per month and matching pension contributions up to six per cent of annual salary. With respect to entitlement on termination of employment, the employment contract provided as follows for a without-cause termination:  Regular employees may be terminated at any time without cause upon being given the minimum period of notice prescribed by applicable legislation, or by being paid salary in lieu of such notice of as may otherwise be required by applicable legislation.

The employment contract was drafted by ABM Canada’s president using precedents that he had obtained from a former employer and their legal department.

By the fall of 2010, ABM Canada had concerns about Miller’s performance. In January 2011, Miller was in the comptroller’s office and found out that ABM Canada had been invoiced by a hiring agency for its services relating to the position of vice-president, finance. Miller expected he would get that position. Miller approached the president of ABM Canada to discuss the matter and that meeting ultimately led to the termination of Miller’s employment. He was provided with a termination letter, dated Jan. 26, 2011, which set out that, under the terms of his employment agreement, he was entitled to two weeks of salary and car allowance in lieu of notice. In the same letter, ABM Canada offered to double the amount paid to Miller if he accepted the enhanced offer – and, presumably, signed a release in favour of the company – by Feb. 1. Miller did not accept the enhanced offer and sued ABM Canada, alleging wrongful dismissal. Both Miller and ABM Canada pursued the matter to trial.

At trial Miller asserted that because his employment was terminated without cause, he was entitled to common-law reasonable notice rather than the statutory minimum paid by ABM Canada. ABM Canada countered that the employment contract clearly set out Miller’s entitlements upon the termination of employment and that Miller was entitled only to the payment of two weeks of salary, the six-per cent pension contribution and two weeks of car allowance.

In reaching its decision, the court began by referencing long-standing authority from the Supreme Court of Canada, which held that a contract of employment for an indefinite period presumes an entitlement to reasonable notice of termination. This presumption may be rebutted if the employment contract clearly specifies some other notice period – as long as the other notice period does not fall below legislated minimums. With respect to Miller’s employment contract, the court noted that the termination clause did not fall below the legislated minimum because it explicitly provided that the length of notice would be the minimum required by applicable legislation – in this case the Ontario Employment Standards Act, 2000. Indeed, the court wrote:

In my opinion, in terms of the portion of the termination provision which deals with the length of the notice period, the clause was effective to rebut the presumption of reasonable notice according to common law.

That finding was favourable to ABM Canada’s position. However, the court held that the “length of the notice period is only part of the termination equation. […] The other part relates to the amount to be paid to the employee during that period”. On this basis, the termination clause in Miller’s employment contract faltered.

The Ontario Employment Standards Act, 2000 contains provisions addressing an employer’s obligations during the statutory notice period. Under these provisions an employer is prohibited from reducing the amount to be paid to the employee as part of termination pay; and from discontinuing the benefits the employee had while employed. The court noted that the termination provision in Miller’s employment contract provided only for the payment of salary for the minimum statutory period. However, as part of his employment contract Miller was entitled to other sources of remuneration, and to fringe benefits not defined as salary in the employment contract. Included in these were the car allowance and ABM Canada’s pension contribution. The court determined that the termination clause did not provide for the payment of the car allowance and pension contribution. Accordingly, the court found that the termination clause in Miller’s employment contract failed to comply with the Employment Standards Act, 2000 and was, therefore, null and void for all purposes.

It did not matter that ABM Canada had or would pay Miller for the car allowance and pension contribution. The court held that the prevailing case law provides that “it is the wording of the contract in respect of termination that governs, rather than the actions of the parties.” In essence, the employer’s actions could not validate an otherwise invalid contractual provision. Such actions, at best, make the provision ambiguous and ambiguity is construed against the employer.

The court found Miller was entitled to reasonable notice at common law. The court considered that Miller had been employed by ABM Canada for 17 months; that he was 39 years old at the time his employment was terminated; and that he had been terminated from a position in middle management. The court awarded Miller three months of reasonable notice which, after amounts already paid to him were set off, required ABM Canada to pay him approximately $32,425 in compensation plus costs. 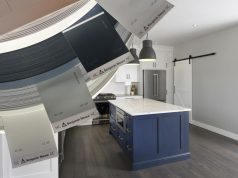 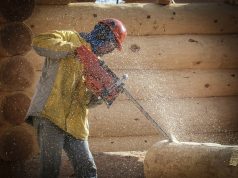