One of the highlights of the past few months was an outdoor concert of classical music that I was fortunate enough to attend. By then, it was early fall and the spring and summer had passed mostly in isolation, for me and most others. So being out in public was special, even with the standard precautions. The music was familiar, mostly operatic overtures, and the performers were hard to distinguish behind their masks. A friend and I had a blanket on the grass and I lay back, lost in reverie as the music floated around me.

I noticed that the tree that we were under was a white pine, distinguishable by its clusters of long and thin needles. I grew up in Northern Alberta and we had poplars and spruce up there. Since then, I have now spent a lot of my life in Ontario and one of the pleasures of this province has been the variety and sizes of the trees. I was first struck by the rangey majesty of the elms, which are now long gone. And, of course, the equal but more formal majesty of the maples. Then the oaks, basswood, ash, walnuts, cherry and many others, are now old friends. It’s been a cornucopia of new arboreal experiences, made especially meaningful by my choice of a career in both design and woodwork. I know what’s under their skin and I enjoy that.

The house I’m renovating was built sometime in the latter part of the 19th century, and the original studs and flooring are pine. White pine. Held in place with square nails. Some of these boards came from old trees, so I feel in touch with quite a range of history. The white pine has a special place in the Canadian story, being one of the resources that made this country valuable to Britain. I’ve certainly enjoyed getting to know it, not only as a material, but as a symbol of the wonderful Canadian Shield, that I have loved in canoe within. I’ve spend a lot of nights under these trees, listening to the wind make its magic and haunting sounds, while feeling sheltered. 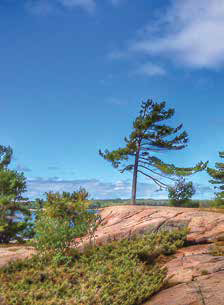 As I was looking at the newly cool blue of the evening sky, through the scrim of pine needles, the experience seemed to make me extra reflective. One of these topics was my tenure as a columnist for Wood Industry magazine. I’ve been writing about design for quite a few years, now, and it’s been a real pleasure to feel of use to its readers. I stayed on because I was lucky enough to have an editor who mostly let me say whatever I wanted to say and who was steadfastly encouraging. It’s been an honour and a privilege to serve both him and you. But things change. Summer turns to fall and then fall to winter. I certainly feel that I am in the fall of my career, if not already the winter. I have the sense that I’m repeating myself and that my observations are neither as fresh or as keen as they once were. Maybe it’s time to hang up my pencil, before it slips from my fingers (or gets taken away).

Writing is usually kind of a lonely experience. One puts words on paper and sends them out there, hoping that they will not only be read but also enjoyed. There usually isn’t much feedback. But I’ve been very gratified to hear, directly or otherwise, that I’ve been read and even, at least on occasion, enjoyed. So, thanks for that support. It makes me proud.

I’m not giving everything up. The house isn’t finished and it will keep me busy for a while, yet. I get tired of swinging a hammer every day and I’ve still got some writing to do, but free of deadlines and feelings of responsibility. How about a book about the white pine? Now, that strikes me as an interesting project. And who knows? Maybe travel will again become an option. I’ve been very fortunate to have seen as much of the world as I have, and since, I’m being reflective, I recognize that I’ve been very fortunate to have a career centred on making things. And fortunate to have had an audience for my various written reflections. 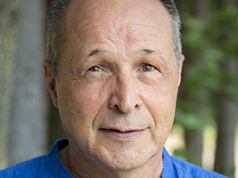 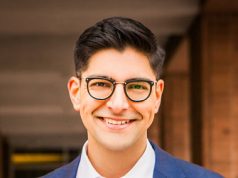