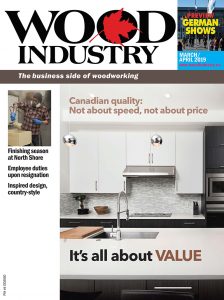 Every wood shop wants its clients to be happy campers. Providing quality products delivered on-time and on-budget go along way toward creating an atmosphere of trust and mutual respect.

Levels of service and quality are key with builders, according to Eric Elias, vice president of sales and marketing at Muskoka Cabinet Company in Alfred, Ont., whose main business is new home construction. “Customer retention is all about that. Those are the two main things. I know from direct experience that our customers are willing to pay a little bit more to enjoy those two things. Because in the end, it benefits them the most. They have happier customers as a result.”

However, convincing a builder-client that he should meet a wood shop in the middle during the bid process is another matter, notes Elias. “In the beginning it’s all about price. We have to provide a delicate balance and sometimes we will reduce our margins for a customer that we know is going to be a good customer and a good fit for us.

“Then we establish trust and then they begin to understand that it’s worth it to pay a little bit more for our quality and service than it would be for the next person, that it all be about the bottom line. That is how we approach it — now, it doesn’t always work,” he admits.

Another company that counts new home construction as a majority of its cabinet business is GCW Custom Kitchens and Cabinetry of St. Thomas, Ont., near London. GCW president Ron DeWeger says that his company has developed many longstanding relationships with builders in his market.

“Some are exclusive with us because of a long-term relationship that we have had,” explains DeWeger, “and we have really built on that in terms of service and trust between the builder and ourselves.”

As a result, GCW doesn’t feel the sort of pressure that new builders bring to its geographical area. “Some of the newer builders coming do, or try to (apply price pressure). But we say to a builder, ‘this is just something we don’t compromise on. If you are looking for price and price alone and just want the bottom dollar unit, we give value.’

“It is not about the best price.”

To convince new customers, DeWeger takes them on a walk-through of the plant to demonstrate what he — and GCW — means by value. “I don’t think too many new builders that we start to work with haven’t been walked through. It is a value proposition we are giving them. What you are selling is service-free. We will stand behind you. We will make you look good in your customer’s eyes. I think the discerning builders look at that and understand that there is value in that.”

But value is a complicated beast, with many factors such as finding and retaining skilled workers, employing proper production methods, quality control and deploying automated equipment, all contributing.

Mike Hayes and Cameron Oldershaw are co-owners, along with a silent investor, of a 15,000 square foot production facility in Barrie, Ont. North Shore Goods and Finishing specializes in extensive production and custom finishing services, the manufacture of dovetail drawer boxes and commercial fixturing (see profile on page 16).

North Shore has an automated flat-line equipment that allows production capacity to exceed 1,000 cabinet door pieces per day. All of its operations employ 13 people. However, the company elected to separate its equipment strategically instead of creating a long finishing line. “Ours are separate so we have a little more flexibility in the size,” says Oldershaw. “For example, we can do 30 doors through the automated denibber, then go over to the sprayer. “Market research says that people don’t turn on the finishing line for less than 1,000 pieces. We figured out that may be tough in our business model to set things up just have 1,000 pieces every single day.”

A larger effect on production happens when the market itself slows down a little bit, Hayes adds. “If we could just be doing thousands of doors a day through a massive line, we wouldn’t even think twice about it.”

What really helps smooth the bumps is the location of North Shore Goods and Finishing. Hayes compares the company’s challenges to comparable companies in the Prairies. “We are 45 minutes from 6 million people in a metropolitan centre (Toronto) up here.

“There are more people within one hour for us then there are in those three provinces combined. It is a different wheelhouse from that perspective, for sure.”

Elias and DeWeger are also both great believers in using automation to meet market demands, but both point out there are critical issues to consider — and to implement — when making equipment acquisitions. According to Elias, it helps that the quality control on a machine is predetermined, and that with finishing, for example, all of the investment and quality is made up front.

“Then, of course, there is how you maintain it — you get to decide at the beginning whether or not you want the ultimate in robotic finishing or something that will just get where I need to go with a couple of coats.”

At issue, he adds, is not necessarily the more money you spend the faster the machine will be, or the productivity of your shop. “The speed at which things flow through the shop is compromised,” Elias explains. “Or quality is compromised by speed.” This means that shop owners need to make sure they add quality checks in certain areas.

“You have to make sure that before product goes out the door, it has been looked at. That slows things down.” Which leads to the question of using automation to reduce head count in the shop, and whether less skilled staff are required for quality control.

“You still require a trained person to train people,” says Elias, “and that requires a cost. But the benefit is much greater than having things shipped out the door and doing it twice.”

Being strategic about production rates is high on DeWeger’s list of concerns. “We put quality over production speed anytime,” he says. “Of course, we try to do both. Speed comes with efficiency, not with cutting corners on quality. I think there are always ways to speed up your process because what you are doing is all in planning.

Location and economies of scale can tempt shops to overreach occasionally, or at least be tentative about expanding to more distant markets. So, that while North Shore could easily make a truck delivery of product to a huge market such as Toronto and return on a tank of gas, Muskoka Cabinet and GCW would be stretched to the limit.

“If you’re doing complex work in the Toronto market, it’s your travel time,” says DeWeger. “If our delivery guys forget something or something messes up and we have to get a new piece out there, it is the distance that kills us.”

At one point, GCW was lured by a close-to $30,000 government incentive for selling into the state of Michigan — a distance similar to Toronto’s. “We looked into it and there were just too many barriers at that time.”

Muskoka Cabinet has its toe in the U.S., however, but has not invested too heavily. “It is a huge market and we have hired two reps to represent us in the United States,” says Elias. “We are OK with it as long as it comes. But to spend too much money on an investment — we would rather just stick with Canada if we can. It is a little more stable.”

The company mostly sells in the Ottawa, Ont., area, as well Kingston, Trenton and Belleville, Ont. With a dealer in Nova Scotia, Muskoka also ships to that province, and wants to do more. “We are trying to establish a few more (dealers) to make it easier to ship. We think that the Eastern Canada market is actually underserved in our industry.”

Canadian shops should not feel totally intimidated by U.S. producers, however. DeWeger understands “that anything you see or hear or talk about cabinet makers there is that everyone is larger. It’s big, big companies that basically just swallow each other up.

“You know, we thought we were such small potatoes compared to the States, but our paint rep said that we are in the top 25 or so in North America. So, we do a fair amount of volume comparatively speaking.”

In his experience traveling in the U.S., DeWeger has not seen the kind of quality that custom manufacturers do in Canada. “If you go to Florida, I look at their doors and I look at how they are built, and I look at the crown mouldings and I say this is just such garbage compared to what we produce. That right there in terms of service and quality I don’t think there is a match.” Canadian quality even extends beyond the U.S. “We had a guy who did some work in the Bahamas,” says DeWeger, “and he was saying that the people love the Canadian companies because of the attention to quality.”

Growth in the market place ultimately means reading demographic trends accurately, even if in your own back yard, according to Elias. “Immigration plays a big part in our new home market in Ottawa,” he says. “To that end, the single-family dwelling or attached family dwelling, not high rises or multi-unit residential, is still a very burgeoning, big business. It has been continually growing for the last five or so years.

“The condominium market, on the other hand, has been in the doldrums for the last five or six years. There was an oversupply or overbuild, but that has got soaked up and now we are starting to see a trend back towards releasing new projects. Most of them, though, are boutique-type condominiums.”

DeWeger sees the aging population as an opportunity for GCW to get in on the ground floor of catering to a clientele that either wants to downsize or make their homes more accessible. “The Baby Boom demographic is looking to get down south in the winter to avoid shoveling snow,” he says, “and doesn’t want to take care of the yard in summer. That is what is really the drive for the condo market I believe.

“That goes hand in glove with accessibility.” DeWeger has just built his own home with the wider doors to prepare for the future, just in someone is in a wheelchair or using a walker.

“You want to stay in your own home as long as you can.” 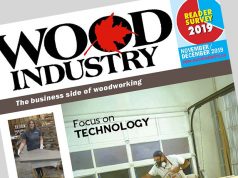 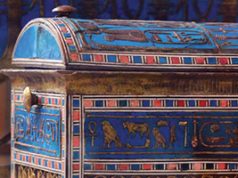 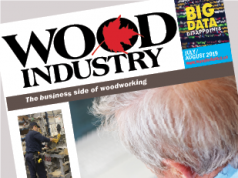